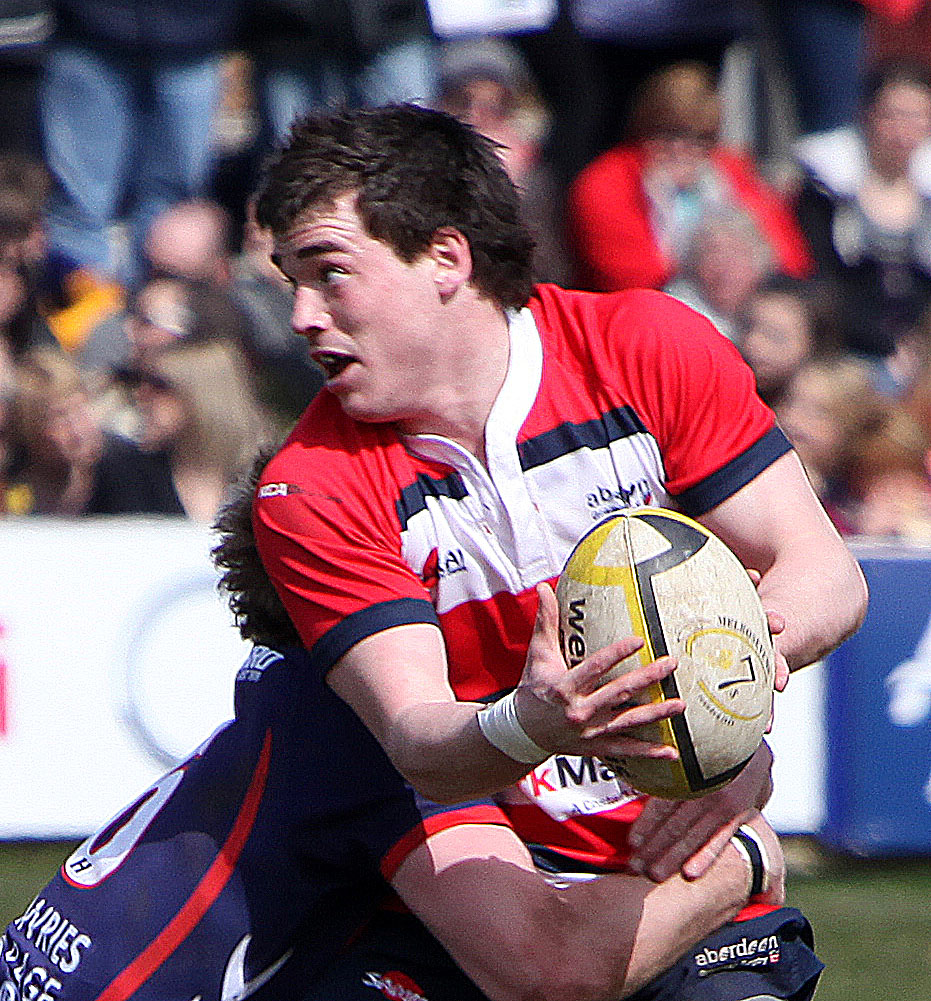 With the postponement of Saturday's game against Howe of Fife, Morgan Ward has played his last game for Aberdeen Grammar.

Morgan has had two spells with Aberdeen Grammar: the first from 1988 when he was in P6 until 2009 when he left to play professionally in France. He returned to Grammar in 2011, playing over the next five seasons, latterly as Captain.

During this period he made 98 appearances, scored 21 tries and won three trophies/shields as well as being selected for the Scottish Club International squad. Follow this link for a summary of his Aberdeen Grammar career: Morgan Ward

Morgan and his wife Stefanie are relocating to Qatar at the end of January to take up expatriate job opportunities. The Club and players wish them all the best for the future and hope to keep in touch.

Ed: Rugby is a popular sport in the Gulf region and Qatar has its own team which plays clubs from other Gulf countries. It also sports a ladies team and a thriving junior section. See here for more: http://www.doharfc.com/