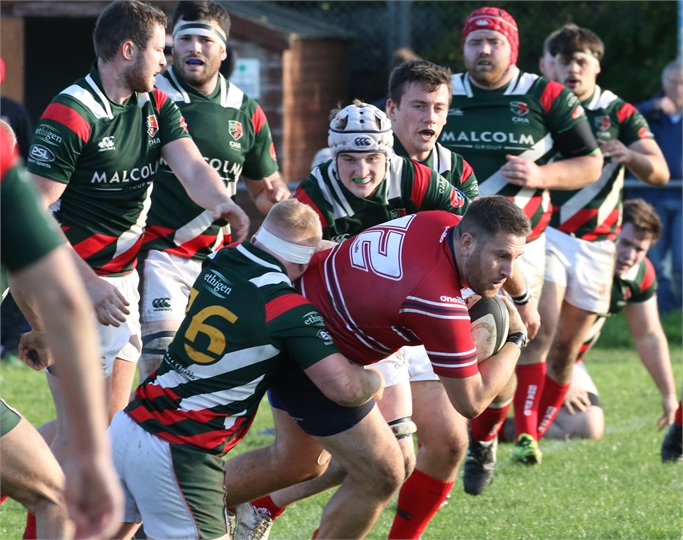 Aberdeen Grammar made it five wins in six starts in their first season back in the Premiership since 2013 in an eight-try win in a rollicking game of rugby.

The visitors from Glasgow managed to score seven touchdowns.

Ali O’Connor, the Grammar head coach, was appreciative of his side’s free-running performance. But O’Connor was less impressed by the Aberdeen team’s midfield defending.

He said: “We played some fine attacking rugby but our defending was woeful. We’ll need to improve for our away trip to play second-paced Currie at Malleny Park or else our great start to the season will count for nothing.

“It was a great game to watch but a nightmare for defence coaches. In fairness, GHA just kept coming back at us. I thought lock Robin Cessford was our standout. He was in the thick of everything, even tackling. His two tries were a just reward for all his effort.”

Cessford was pleased to be on the winning side, but said: “At 36-12 at half-time the idea was to deny them a score in the second half. Instead we gave away a further 35 points.

“It’s a win, although I should have had a hat-trick of tries.

“The referee’s decision to chalk off my third with the last play of the game for a forward pass was a bit harsh, but I’ll settle for two, although we need to address our defending for our trip to Currie.”

GHA took the lead in three minutes when winger Jackson Baillie took advantage of an exposed right flank to score the first of his three tries, which was unconverted, only for Will Alton to nip over after fine work from his fellow forwards.

Centre Tom Aplin kicked the first of seven out of eight successful kicks at goal to give his side the lead they never surrendered for the rest of the game. Thereafter the score came thick and fast at the rate of one every five minutes with Grammar’s centre Murray Mitchell leading the way with a hat-trick of his own, including a great run from the halfway line, selling an outrageous dummy on the way to the line.

Not surprisingly Grammar’s prolific try scorer, winger Nathan Brown, got in the act, adding his eighth and ninth tries of the campaign to the tally.

Although the Braidholm side got one back before the break, at 36-12 it looked to be curtains for the visitors. But with the chaotic defending continuing, the game was kept alive. Cessford got two tries but they were cancelled out by GHA full back Grant Mollinson with a brace of his own.

With Aplin kicking like a dream, as well as GHA stand-off Jack Anderson, it was no wonder the final tally edged past the century mark in a thrilling encounter for the spectators.

But while it was great to watch, there will need to be a different mindset in defence if Grammar are to come away with a win in Currie on Saturday.

In the meantime, at the top of the league, Marr kept their 100% record intact after a 38-13 win at home to Selkirk. Marr remain six points ahead of the Rubislaw side.