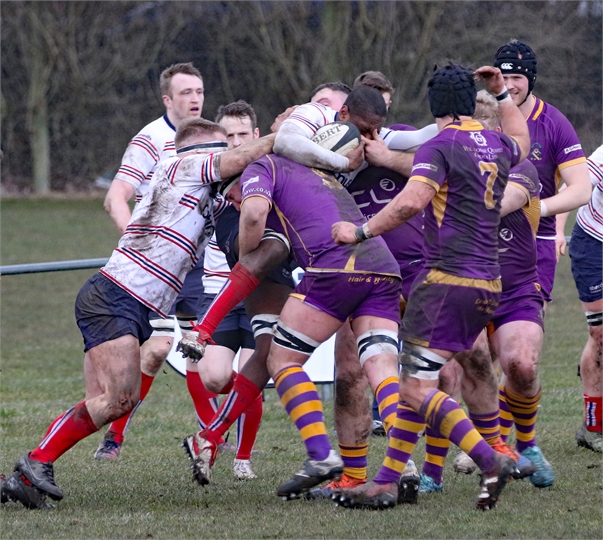 Aberdeen Grammar’s season, which started so brightly back in September when the Rubislaw side won five of their first six games, ended with a crushing 52-17 defeat at the hands of league leaders Marr at Rubislaw.

For 40 minutes the home support harboured the faint hope of a shock result, only to see the Ayrshire side build on their slim 19-17 lead after a stern talk from their coaching team resulted in five unanswered tries for the visitors.

It was a third defeat in a row for Grammar, albeit in games against the division’s top three, and the points against tally of 131 made for uncomfortable reading for club chairman Gordon Thomson.

He said: “We were well in contention in the first half against the top team in the Premiership, which was no mean feat, but we were badly hampered by an early injury to prop Ross Anderson and then blown away by the sin-binning of lock Robin Cessford, during which they scored three tries.

“Our limited resources were best demonstrated by the fact we had to list head coach Ali O’Connor as one of our replacements.

“We have done well to end up in fifth place, but will now go away and plan for the 20-21 season.”

Despite total second-half domination enjoyed by the Fullarton Park side, Grammar can take heart from the performances of three youngsters in the team.

Full-back Fraser Sneddon, winger Craig Shepherd and lock Scott Renfrew all had games to be proud of, while veteran number eight Greig Ryan worked his socks off.

Captain Sam Knudson had a sound game at stand-off and Tom Aplin has become one of the most reliable place kickers in the league.

This all gives the club something to build on, although much depends on how committed and available senior players are in keeping the team at the forefront of top-class amateur rugby in Scotland.

Grammar took a second-minute lead through an Aplin penalty, but were soon on the back foot thanks to two well-taken tries from winger Richard Dalgleish, one of which was converted by stand-off Colin Sturgeon.

Grammar then enjoyed a golden patch, first through a forwards effort, finished off by flanker Jonny Spence, followed by a splendid run from Shepherd, both converted by Aplin. Marr managed one of their own scored by winger Tom Steven, making it 19-17 at the break.

The second half belonged to the league leaders who ran in five tries, touched down by Benedict Grant (3), captain Conor Bickerstaff and Will Farquhar, four of them converted by Gregor Paxton.