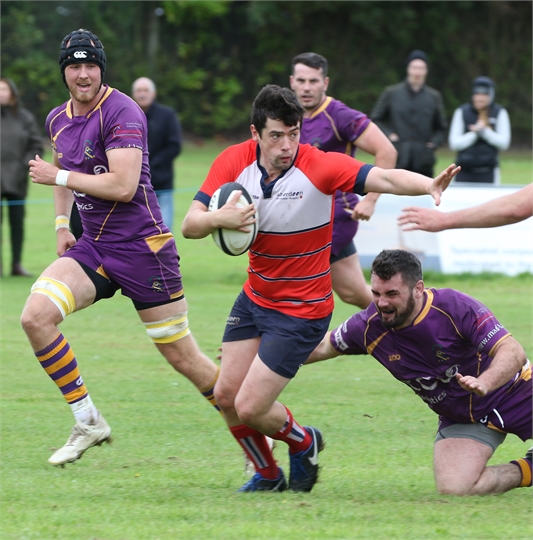 Aberdeen Grammar exited the Scottish Cup in the preliminary round thanks to a Marr side that came good in the last quarter of a quality game.

Despite the 32-15 home defeat, Grammar head coach was delighted with his side’s display.

He said: “There were so many positives for us to take into our first Premiership game against Edinburgh Accies on Saturday at Rubislaw.

“Had we not been turned over early in the second half when pushing to increase our slim lead we might just have gone on to win.

“We had our own standouts, including Nat Coe who normally plays on the wing, but had a great game at flanker. Our pack was outstanding.”

In driving rain Grammar made the best of a strong wind in the first half to race into a 10-0 lead, scoring through prop Ross Anderson then replacement lock Jordan Robertson in 27 and 35 minutes.

Grammar’s first half heroics were partially nullified by a late try from Marr hooker Oliver Rossi to make it 10-5 at half time, but against a near-gale force wind the home side looked against it, especially as Marr’s No 8 Benedict Grant tied the scores just after the break.

Then, in 50 minutes, Greig Ryan broke out of his own 22 to release winger Nathan Brown for a 50-yard run to the line, setting up the possibility of a home win at 15-5.

But as they pressed for another score, Marr centre Richard Dalgliesh made a length of the field try, Converted by stand-off Colin Sturgeon.

From then it was all Marr; scoring two more tries through winger Scott Bickerstaff and full back Greg Montgomery, while Sturgeon added a conversion and a penalty to end up worthy winners.